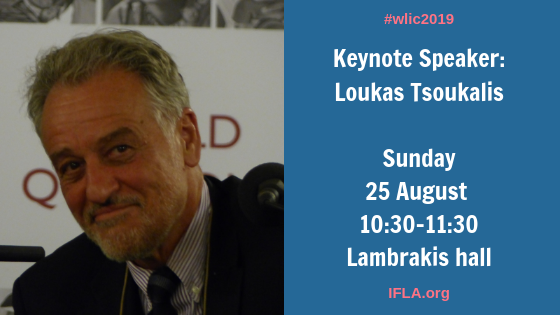 In line with the theme of Libraries: dialogue for change, IFLA is delighted to announce that Loukas Tsoukalis will present the keynote address at the opening ceremony in Athens.

Professor Tsoukalis is well known as an influential and thought provoking author and speaker. He has advised the European Commission and the European Council on the future of Europe and European integration. As a political economist, Loukas Tsoukalis is interested in how the forces of technological and economic change are impacting on communities and the new dialogues required with individuals and society. He is Emeritus Professor at the University of Athens, President of the Hellenic Foundation for European and Foreign Policy (ELIAMEP) and holder of many honorary awards.