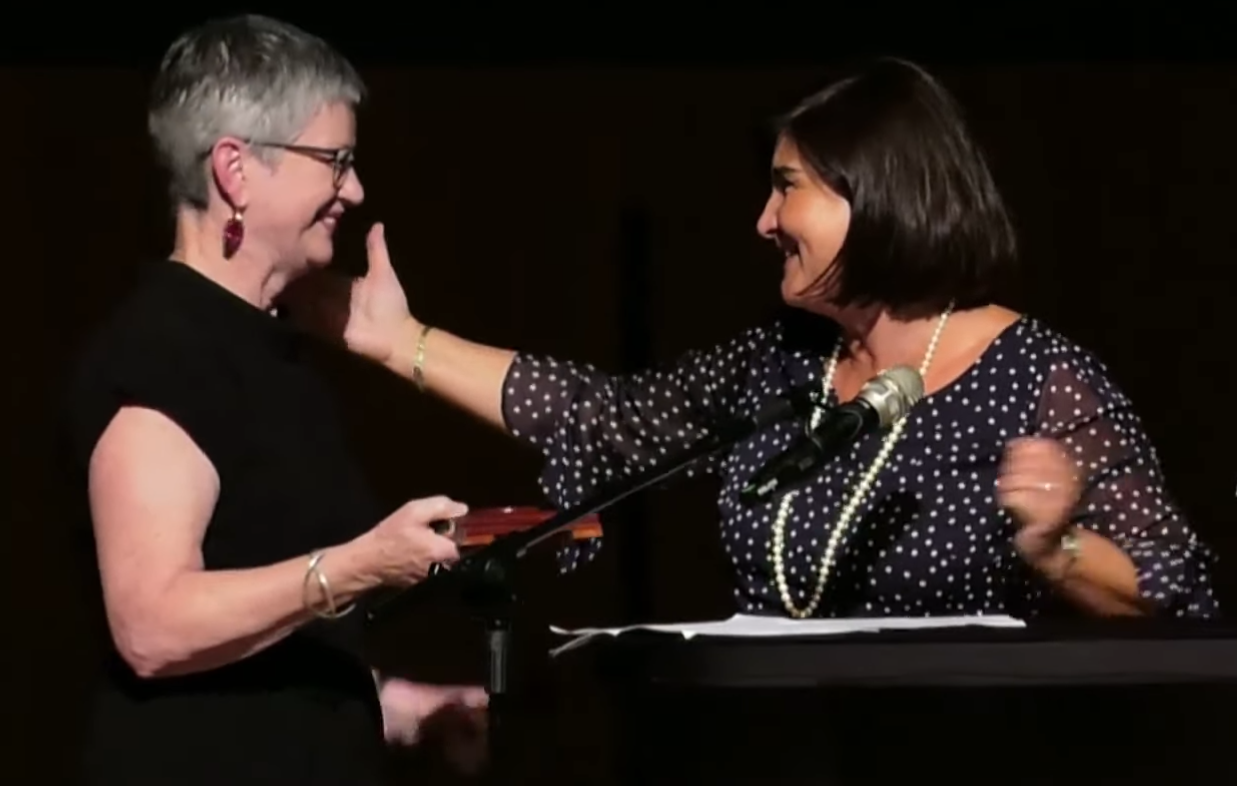 IFLA WLIC 2019: a dialogue for change brings the transformation of libraries

The temperature in Athens stayed hot all throughout a packed week of learning, reflection, discussion and inspiration as IFLA’s World Library and Information Congress 2019 concluded.

For decades, IFLA WLIC has been the world’s most international library conference and this year was no exception. More than 3300 delegates from over 130 countries came to Athens — the cradle of democracy and the world’s first public library — as the floor was given to more than 500 speakers at over 250 open sessions, nearly 200 poster sessions and 30 lighting talks. Over 20 Satellite Meetings were held in the surrounding region and gave in-depth attention to a broad range of subjects.

Eleven key sessions were live streamed, reaching thousands all across the globe. Complete recordings of these sessions are already available, at no cost.

From Vision to Strategy to Action

A number of exciting announcements were introduced throughout the week—including the launch of IFLA’s transformative new Strategy and the introduction of major new features to the Global Vision Ideas Store.

It’s fitting that the launch of the IFLA Strategy 2019-2024 came in during this year’s dialogue for change themed WLIC. Now, the baton passes to library and information workers everywhere in the form of a call to action. Just as the Strategy is built on the contributions of the global library field, its success will also depend on individual and collective actions.

Our Governing Board and Professional Units are already preparing hundreds of actions to support the global library field. But we need thousands of actions – your actions. Because only with you can we create a truly global movement to improve libraries and people’s lives in all parts of the world.

The Strategy is both a roadmap for the future and a call to action. It will give new direction to the work of IFLA’s Professional Units and Headquarters. It also provides a reference point for library supporters and library users to reflect on their own actions and look for possibilities for alignment.

Just as engagement by the global library field has been key to its development, continued and expanded contributions will be key to its success.

The Ideas Store now hosts thousands of ideas shared by librarians from all over the world. It is a dynamic resource for ideas and actions, the result of the contributions of library and information professionals worldwide. It provides a unique source of inspiration for the strategic and daily work of librarians everywhere, and a proof of how libraries, working together, can go further.

A Night to Remember

In true WLIC tradition, the Cultural Evening was held in the middle of the busy conference week for our delegates to unwind, soak up the vibrant Greek culture, and have fun! The Stavros Niarchos Foundation generously provided the space and sponsored the entire event.

Participants were greeted by a warm breeze and an impressive piece of architecture at the Stavros Niarchos Foundation Cultural Centre, and were treated to a spectacular view of the Acropolis at the end of a climb up the rooftop gardens. There was also music from the famous group Estoudiantina, Greek Folk Dancing by the The Lykeion ton Hellenidon, followed by more music and dance as Librarians got to let their hair down as the night progressed.

General Assembly is a crucial moment in the Congress programme. After IFLA Secretary General Gerald Leitner presented his Annual Report of 2018, highlighting the year’s achievements and the ambitious but attainable goals ahead, he noted that during WLIC week IFLA reached a numerical record in both its Membership and geographic reach. IFLA can now proudly say that it includes more than 1500 members from over 150 countries.

Libraries are an investment, not a cost

Every two years, the Closing Session is a time to witness the moment when two IFLA Presidencies and Governing Boards come full circle. This year was such a time as a new President, President-elect and Governing Board officially commence their duties at the end of IFLA WLIC 2019. Glòria Pérez-Salmerón made her final address as IFLA President and Christine Mackenzie made her first.

And as one Governing Board term came to a close, another one began.

During the session, outgoing IFLA President Glòria Pérez-Salmerón thanked the National Committee for their outstanding work, despite many challenges, in organising such a successful event. She offered a heartfelt reflection on her two years as president and reiterated the need that the momentum built up needs to be keep in motion in order to take us (the library field) even further.

IFLA’s new Strategy will be the roadmap for the future in uniting, supporting and transforming the library field.

To take our wisdom, our values, and to realise our potential, to walk unaided, and indeed, to help the library field as a whole to walk strong, to walk tall. We have turned the ignition, started the motors of social change…now we must create a global movement in order to bring meaningful access to information for all.

The ongoing work of organising and empowering libraries will now pass to incoming IFLA President Christine Mackenzie’s term, so President Pérez-Salmerón “wish(ed) Christine, my successor, all the best in this task”, as she bid hasta luego.

The National Committees that organise IFLA Congresses play a vital role. The Greek National Committee delivered an excellent event, and received warm thanks from IFLA’s President, Secretary General and all present. The outstanding work and contributions of individuals and Professional Units were then recognised through IFLA’s Honours and Awards.

One of the most highly anticipated news at every WLIC is always the announcement where future Congresses will take place. In 2021, IFLA will be going to Rotterdam, Netherlands. We can’t wait!

As the session, and the long week, neared its end, delegates got a chance to hear incoming President Christine Mackenzie make her first address to the Federation—closing out the Congress on a high note.

Over the next two years we have important work to do. We now have our strategic framework and so over the next year we need to ensure that IFLA has the right structure to achieve the strategy. This will involve all levels of IFLA…

Inspire, Engage, Enable and Connect next year in Dublin!

The Dublin 2020 National Committee invites the global Library and Information Science community to facilitate the exchange of experience and best practice between local, regional and international members of the profession.

Speaking at the Closing Session, Marian Higgins Co-Chair of the Irish National Committee and President of the Library Association of Ireland, warmly invited delegates to:

“Come to our special country and to our dynamic and multicultural capital Dublin, for – as we say at home – ‘it will be grand’.  And I promise you a céad míle fáilte – A hundred thousand welcomes.”