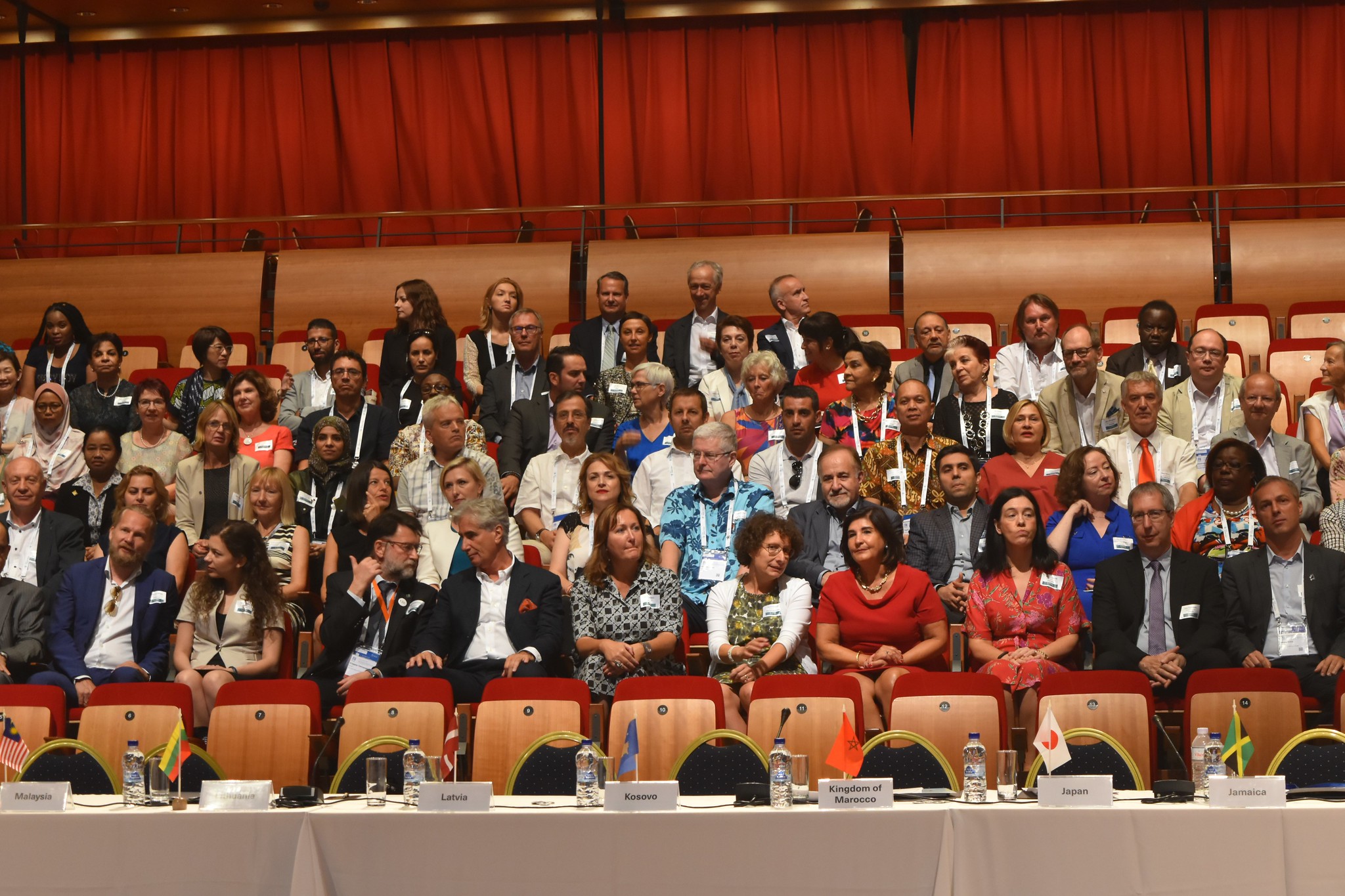 CDNL 2019 and the Next Generation

Approximately 100 high-level representatives and observers from around the world will attend today’s  annual Conference of Directors of National Libraries (CDNL)* meeting.

The session takes place today (27 August 2019) at the Stavros Niarchos Foundation Cultural Center and is being organised under the theme of The Next Generation.  It includes a special segment devoted to the just released IFLA Strategy and the key role National Libraries will play in its development. IFLA’s President, President-elect and Secretary General will participate in the meeting.

National libraries have special responsibilities, often defined in law, within a nation’s library and information system and therefore are key institutions for effecting change at a national level.  The actions National Libraries take, especially when acting in concert with each other, can ultimately have global reverberations. Taking leadership in national library-related campaigns is an important aspect of their ability to leverage, influence and advocate for the core values of the global library community.

IFLA Secretary General Gerald Leitner will share plans for the upcoming years – new roles, new possibilities, new partnerships. IFLA’s vision, mission and four strategic directions will enable national libraries to reflect on where their planned actions align with IFLA’s actions. The Strategy itself is unique both in its development and its delivery.

IFLA has relied more than ever on national libraries, alongside the association members and the library field as a whole to create it, and now IFLA needs the same team on board in order to deliver on it.

*CDNL is an independent association of chief executives of national libraries, established to facilitate discussion and promote understanding and cooperation on matters of common interest worldwide. CDNL meets annually, usually on the Tuesday during the IFLA WLIC week. The annual meeting is hosted by the National Library of the country which hosts the IFLA conference. The Chief Executive or Director of the national library of every country is a member of CDNL as of right. Members may be represented at the meeting by their deputies.